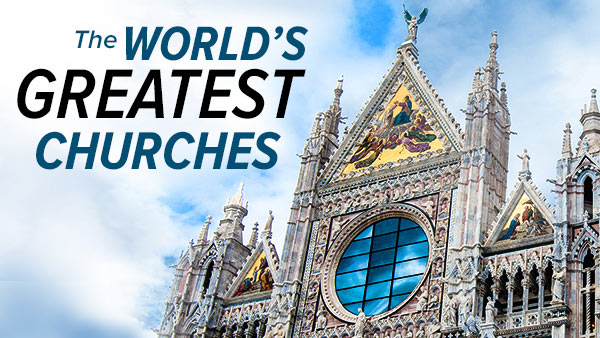 In eight two-hour sessions, discover sublime masterpieces of architecture, art, and faith in this enthralling journey to the greatest Christian churches, basilicas, and cathedrals around the world.

July 12 - "The Earliest Churches", "The Church of the Holy Sepulchre", "Hagia Sophia"

August 2 - "The Mosque-Cathedral of Cordoba", "The Stave Churches of Norway", "The Pilgrimmage of Sainte-Foy"

August 16 - "The Cathedral of Siena", "St. Peter's Basillica", "The Wieskirche in Bavaria"