(Virtual) The Fantastical Workings of The Brothers Grimm 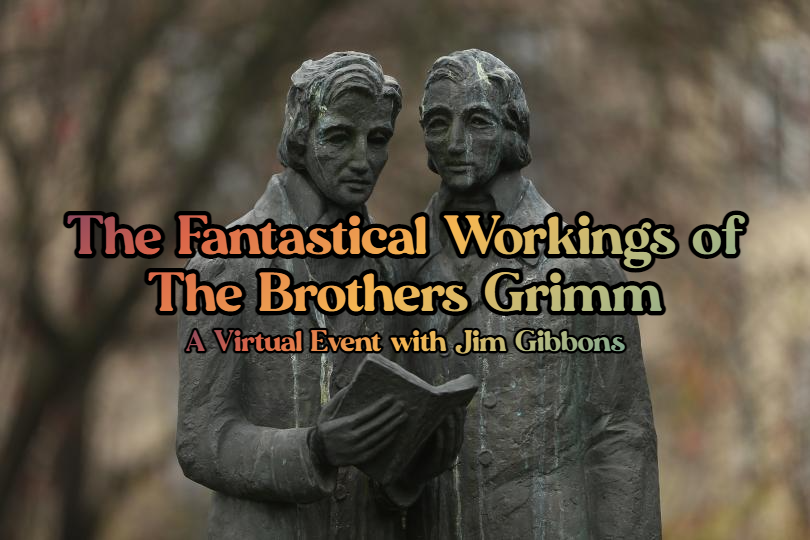 (Virtual) The Fantastical Workings of The Brothers Grimm

Join us on Zoom for a special presentation from Historical Presenter Jim Gibbons.

Many children have grown up spellbound by adaptations of the enchanting children’s stories of Cinderella, Hansel and Gretel, Rapunzel, Snow White, and Rumpelstiltskin. Called “fairy tales,” these will become children’s classics written by two brothers named Grimm. However, growing up in poverty and devastation after the death of their father in 1796, brothers Jacob and Wilhelm Grimm’s early lives were anything but magical. But pushing forward, the brothers later attended the University of Marburg where fantasy became reality. With a strong interest in German folklore, the brothers collected and revised over 200 German and Scandinavian folk tales which eventually were readapted into famous movies, books, and theater performances available in over 100 languages today.

Historical Presenter, Jim Gibbons, will discuss the lives and works of The Brothers Grimm. Gibbons will explain how two brothers’ 19th Century fairy tales still live years after their lifetime, setting a precedent for the fairy tales of today.

Registration is encouraged, but not required. Those who register for this virtual event will receive an email directly to their inbox the day prior to the event containing the Zoom link. For more information, contact the library at (708) 748-3731 ext 31.